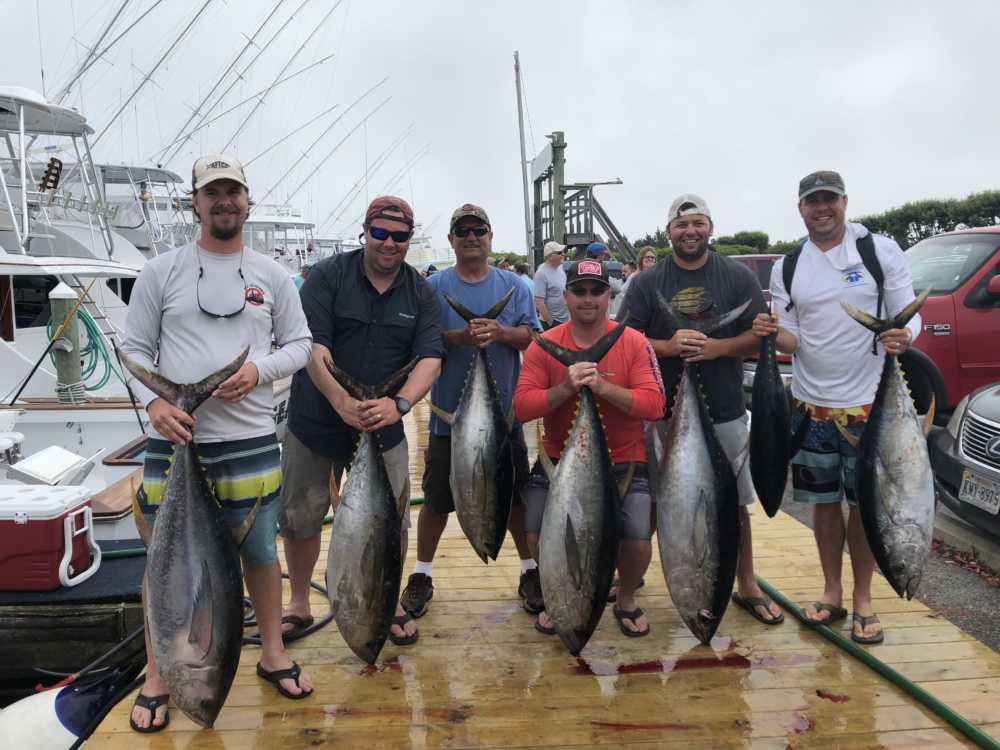 Today we had Travis and his Charleston crew again.  They had a good day tuna fishing on Saturday and since they weren’t interested in dolphin we decided to fish for tuna in the morning and maybe look for a marlin in the afternoon.  The plan almost worked perfect.  By noon we hand 7 really nice yellowfins.  One weighed 84lbs and another weighed 71lbs.  We then found some blue water and put some big baits out for a blue marlin.  Not long after setting out a small blueone came to the teaser but disappeared before giving us a shot.  Bummer!!!  The guys know how to have a good time and they have some great taste in music.  Fun day was had by all including the captain.  Thanks guys.

Please use this form to ask the Haphazard any pre-booking questions or to get in touch with the Captain. Use the Book Now button to book a trip with Haphazard. Thank you.

This Area is Widget-Ready

You can place here any widget you want!

You can also display any layout saved in Divi Library.